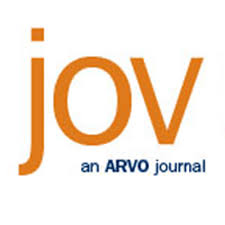 This study explored the effects of perceptual training using the GlassesOff’s mobile application on naturally decreased crowded visual acuity in uncorrected presbyopia. After training, the crowded acuity reached the level of the uncrowded acuity measured before training, indicating that training enabled overcoming the effects of crowding. More efficient spatial and temporal processing induced by perceptual learning that may be generalized to improve complex visual functions, such as reading and object recognition, is suggested. Yehezkel, O., Sterkin, A., Lev, M., & Polat, U. (2015). Training on spatiotemporal masking improves crowded and uncrowded visual acuity.

Crowding is proportional to visual acuity in young and aging eye

The relationships between varying visual acuity and crowding in the fovea was tested using GlassesOff’s mobile application in 195 participants, with an age range of 20 to 68 and acuity gradually reduced due to normal ageing. The results show that crowding is proportional to acuity, with this proportionality affected by acuity-age dependency, with a non-linear S-shaped pattern, compatible with both the onset age of presbyopia and a saturation in the oldest age group due to eccentricity effects. The high variance in the crowding in the young group, even before the onset age of presbyopia, suggests crowding conditions with limited presentation times as a highly sensitive measure of VA, predictive of visual performance in complex tasks, such as reading. Yehezkel, O., Sterkin, A., Lev, M., & Polat, U. (2015). Training on spatiotemporal masking improves crowded and uncrowded visual acuity.

This study is a case report with a 20 year-old subject, LG, suffering from a developmental object and face agnosia (inability to recognize objects or faces), considered untreatable. LG’s visual functions such as visual acuity, crowding effects, and contour integration were underdeveloped relative to normal adult vision, corresponding to or poorer than those of 5-6 year olds. Following training on the technology developed by GlassesOff for a period of nine months, his visual acuity, crowding, binocular stereopsis, and contour integration improved significantly to a near-age-level performance, persistent for more than 4 years. More complex functions, such as contour integration, improved to age-level performance. Minor improvement was also observed in LG’s object recognition and part integration capabilities. Collectively, these results suggest that corrective training using the GlassesOff technology, even in the adult visual system, can prove effective, and its enduring effects are the basis for a revival of a developmental cascade that can lead to reduced perceptual impairments. Lev, M., Gilaie-Dotan, S., Gotthilf-Nezri, D., Yehezkel, O., Brooks, J.L., Perry, A., Bentin, S., Bonneh, Y. & Polat, U. (2014). Training-induced recovery of low-level vision followed by midlevel perceptual improvements in developmental object and face agnosia

The effectiveness of the GlassesOff product was examined in a study conducted at the University of California at Berkeley and published in Nature’s Scientific Reports. This study clearly demonstrated the significant benefit of the GlassesOff training program for reading abilities and eye age. Moreover, cutting-edge optometric equipment allowed the scientists to unequivocally determine that the actual source of the observed benefits is solely in the brain and not in the optics of the eyes. Polat, U., Schor, C.,Tong, JL., Zomet, A., Lev, M., Yehezkel, O., Sterkin, A., Levi, D. (2012) Scientific Reports, 2 (278).

Visual crowding impairs object recognition in clutter, setting a fundamental limit on visual perception, but always found only in peripheral vision. Here, for the first time, we show that limiting stimulus availability induces crowding in the fovea. Enabling enough processing time in the fovea, for instance, by processing speed enhancement following perceptual learning, both young and presbyopes overcome this effect, improves visual functions relying on central vision, such as reading and driving. Lev, M., Yehezkel, O., Polat, U. (2014) Scientific Reports, 4 (4067).

Perceptual training was applied to an adult visual system with amblyopia. Training yielded significant benefits that transfer to higher visual functions, resulting in a two-fold improvement in contrast sensitivity and in letter-recognition tasks in patients between 9 and 55 years old. This is the first evidence for a remarkable vision improvement following perceptual learning in a condition previously acknowledged as untreatable in adults. Polat, U., Ma-Naim, T., Belkin, M., & Sagi, D. (2004) Proc Natl Acad Sci U S A, 101(17): 6692-6697.

Generalization, or transfer, of gains acquired on a trained task to other functions is crucial for both understanding the neural mechanisms and the practical values of the training. This study describes a perceptual learning method applied to amblyopia, myopia and presbyopia. The gains were transferred to visual acuity, processing speed and reaction time. Thus, perceptual learning can become a practical method for improving visual functions in people with impaired or blurred vision. Polat U. (2009) Vision Res, 49(21) 2566-2573.

The effectiveness of perceptual learning on contrast detection in young adults was tested using behavioral and neurophysiological (Event-Related Potentials, ERPs) measurements. A remarkable improvement in all behavioral measurements, including sensitivity and reaction time, along with shorter latency and increased amplitude of an ERP marker of neuronal interactions within the visual cortex of the brain. Thus, perceptual learning that strengthens inter-neuronal interaction results in a faster processing speed and higher contrast sensitivity. Sterkin, A., Yehezkel, O., Polat, U. (2011) Vision Res. (61) 115-124

The aim of this review is to show that perceptual learning can be applied for practical purposes to improve visual functions of people with special needs. Prof. Polat predicts that perceptual learning methodology will be modified in the near future into complementary or standalone procedures to aid care providers in treating and improving a variety of visual functions that are not addressed by conventional treatment. Polat, U. (2009) Expert Rev. Ophthalmol. 4(6) 573-576.

ADHD is a common neurobehavioral disorder, diagnosed by clinicians using subjective tools, sometimes supported by a computerized test, with many cases remaining undiagnosed through adulthood. There is a need for objective tools for ADHD preliminary self-assessment, prompting seeking professional clinical diagnosis if relevant. Here a short, self-administered tool based on dynamic crowded visual stimulation developed by GlassesOff was used to identify ADHD symptoms in 24 ADHD subjects aged 16-28 years, compared to 18 controls aged 20-30 years. The observed large and significant visual acuity reduction in ADHD subjects compared with controls, equivalent to about 2 ETDRS lines, suggests that this digital tool may be used for objective assessment of ADHD symptoms. ARVO 2015

Israeli Air Force pilots continue flying combat missions after the onset age of presbyopia. Optical corrections limit their flying capabilities. GlassesOff was applied to improve pilots’ near visual acuity (VA). Despite their advantage of 0.26 logMAR (P = 0.001) in VA for brief presentations (120 or 60 ms) compared with 152 age-matched controls, pilots improved after training (P = 0.01), most of them reaching the level of young controls with no significant difference (P > 0.05). Gains were generalized to higher functions, such as reading. Training with GlassesOff was effective for overcoming blurred vision, with real operational benefits. AAO 2014

GlassesOff developed a tool for precise remote evaluation of near visual sharpness in order to accurately and remotely estimate reading abilities. Tested on 73 volunteers on iPhone 4, the application better predicts the functional reading acuity due to the brief stimuli presentation, as opposed to single letter detection used in golden standard reading chart measurements. ARVO 2013

Earlier results showed that perceptual training on PC and mobile devices improved UCNVA by ~ 2.5 ETDRS lines. In 60 presbyopes that were trained at 40 cm, for 15-30 min/ session, 3 times/week, the improvement of the UCNVA continued for 6.22 years (average 2.45 years), despite the natural deterioration of ~0.5 Diopters and 2 ETDRS lines expected during this time. Perceptual training overcomes the continuous effect of natural deterioration of vision in presbyopia by enhancing image processing in the brain. AAO 2013

The resolution and quality of smart phone screens are much better than those of PC monitors, with an average pixel size several times smaller in Apple’s retina display than in PC screens. This enables one to achieve better contrast sensitivity by a factor of 2-3, thus providing more prospect for training near visual functions. ARVO 2012

Perceptual training on mobile devices for the aging human eye

Training with GlassesOff on mobile devices is an effective solution for improving near vision sharpness in presbyopia by enhancing image processing in the brain, with better contrast sensitivity compared to PC. AAO 2012