TAKE CONTROL OF YOUR VISION!

During the last two decades, scientists have demonstrated that contrast-driven neural responses are robustly affected by lateral propagations between neurons in the visual cortex. A positive effect of this interaction is called “collinear facilitation”, which amplifies weak and slow responses and their underlying mechanism of neuronal excitations. This function strengthens selective synapses to elevate weak stimuli above the noise, and is the foundation of GlassesOff technology.

Weaker and slower neuronal responses in the visual cortex, either as a consequence of blurred input from the eyes or abnormal development, result in degraded basic visual functions both in the spatial domain, e.g. contrast sensitivity, and the temporal domain, e.g. processing speed. These changes eventually affect high-level visual tasks, such as letter identification. GlassesOff scientists have shown that using neuronal plasticity retained in the adult brain, it is possible to increase collinear facilitation to compensate for spatial and temporal deficiencies. 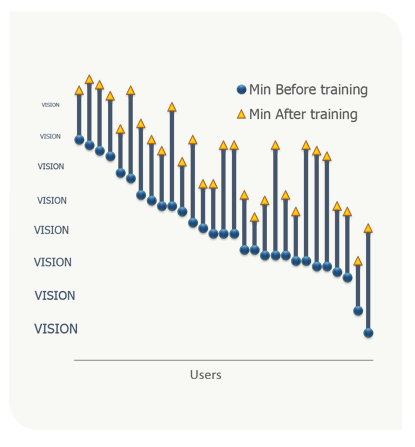 The effectiveness of the GlassesOff product was examined in a recent study conducted at the University of California at Berkeley and published in Nature’s Scientific Reports. This study clearly demonstrated the significant benefit of the GlassesOff training program for reading abilities and eye age. Moreover, cutting-edge optometric equipment allowed the scientists to unequivocally determine that the actual source of the observed benefits is solely in the brain and not in the optics of the eyes.
Original paper in Scientific Reports 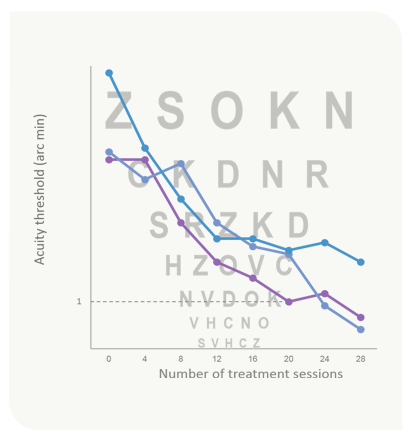 Perceptual training was applied to an adult visual system with abnormal development of the primary visual cortex of the brain leading to amblyopia (“lazy eye”). Training yielded significant benefits that transfer to higher visual tasks, resulting in a two-fold improvement in contrast sensitivity and in letter-recognition tasks in patients between 9 and 55 years old. This is the first evidence for a remarkable vision improvement following perceptual learning in a condition previously acknowledged as untreatable in adults.
Original paper in PNAS

Generalization, or transfer, of gains acquired on a trained task to other functions is crucial for both understanding the neural mechanisms and the practical values of the training. This study describes a perceptual learning method applied to amblyopia (“lazy eye”), myopia (near-sightedness) and presbyopia (age-related near vision decline). The gains were transferred to visual acuity, processing speed and reaction time. Thus, perceptual learning can become a practical method for improving visual functions in people with impaired or blurred vision.
Original paper in Vision Research

The effectiveness of perceptual learning on contrast detection in young adults was tested using behavioral and neurophysiological (Event-Related Potentials, ERPs) measurements. A remarkable improvement in all behavioral measurements, including sensitivity and reaction time, along with shorter latency and increased amplitude of an ERP marker of neuronal interactions within the visual cortex of the brain.  Thus, perceptual learning that strengthens inter-neuronal interaction results in a faster processing speed and higher contrast sensitivity.
Original paper in Vision Research 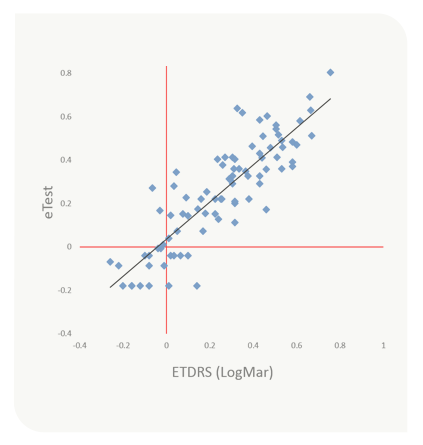 GlassesOff developed a tool for precise remote evaluation of near vision sharpness in order to accurately and remotely estimate reading abilities. Tested on 73 volunteers on iPhone 4, the application better predicts the functional reading acuity due to the brief stimuli presentation, as opposed to single letter detection used in golden standard reading chart measurements.
Original ARVO 2013 Poster 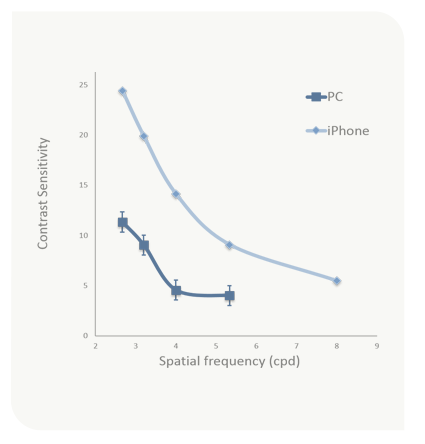 The resolution and quality of smart phone screens are much better than those of PC monitors, with an average pixel size several times smaller in Apple’s retina display than in PC screens. This enables one to achieve better contrast sensitivity by a factor of 2-3, thus providing more prospect for training near visual functions.
Original ARVO 2012 Poster 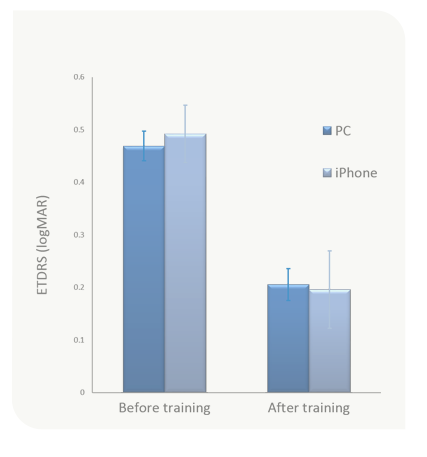 Perceptual training on mobile devices for the aging human eye

Training with GlassesOff on mobile devices is an effective solution for improving near vision sharpness in presbyopia by enhancing image processing in the brain, with better contrast sensitivity compared to PC.
Original AAO 2012 Poster 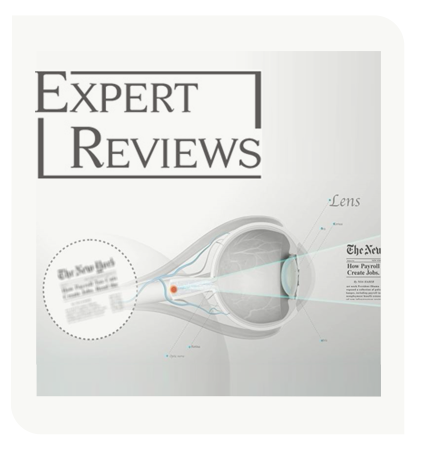 The aim of this review is to show that perceptual learning can be applied for practical purposes to improve visual functions of people with special needs. Prof. Polat predicts that perceptual learning methodology will be modified in the near future into complementary or standalone procedures to aid care providers in treating and improving a variety of visual functions that are not addressed by conventional treatment.
Original paper in Expert Reviews